Just before the outbreak of the First World War, Lovis Corinth was at the peak of his career, and with his wife Charlotte and their two young children, was enjoying everything that Berlin had to offer. He had also worked hard: by the end of 1911, he had painted more than three hundred substantial works in oils. 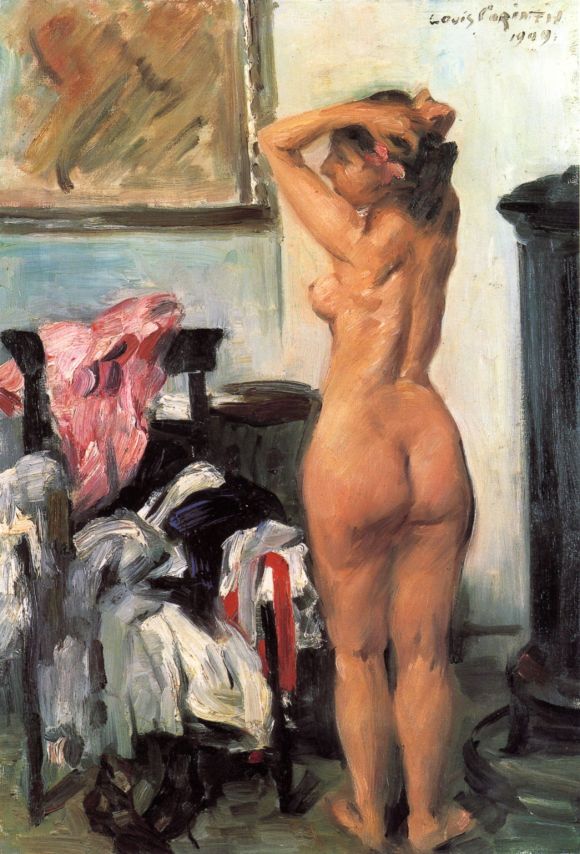 Corinth seized the moment during The Model’s Break (1909) to capture a more informal and natural full-length portrait of her. This is not an uncommon ruse, which has resulted in some excellent paintings by other artists, and worked well for him too. This was exhibited in the 1913 exhibition of the Berlin Secession.