I find these works fascinating- the rather thick lines seem to give a mosaic quality as with hinterglasmalerei.

Although Koloman Moser (1868–1918) had withdrawn from the Wiener Werkstätte in 1907, he continued to undertake design work in his later years. This included design for stamps, and particularly of stage sets for productions in Vienna. But his focus remained on painting, in which he turned increasingly to figurative works. 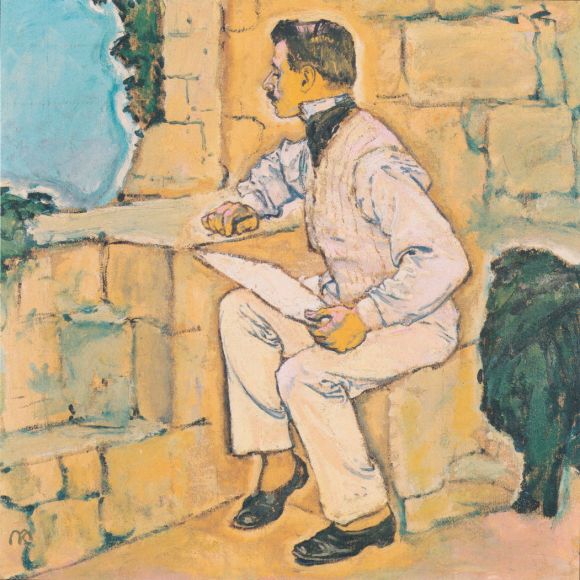 His Self-portrait from about 1914 is unusual, not for depicting him in the act of sketching a landscape, but for setting himself in the remains of a building which almost comes to dominate the image. His skin tones are now a light ochre, matching the stone walls.