The forests are now dressed up in a dark tired green, last wailings of a shining summer. The grass fades into a yellowish dying carpet, while a deafening silence regains possession and reigns supreme.

Mother Nature slows down her pace: it’s time to get ready to sleep, and let time slip away…

I don’t know this area well but I very much like how you have brought out the history and perhaps the psychogeography here.

This is the building on the corner of Worship Street and Clifton Street, on the northern edge of the City of London.

Holywell Street is to the left of the drawing. I sketched this from a bench in the little pedestrian square that now exists where Clifton Street meets Worship Street.

What is this building? Well, now it is inhabited by an organisation called “NEL NHS” according to the notice on the door. From what I can discover online, NEL stands for “North East London” and the organisation is an in-house consulting organisation for the NHS. They are a “Commissioning Support Unit (CSU)” which means they supply services to, for example, GPs, and other parts of the NHS. They help with IT projects and change programmes. NEL is quite a big…

I love this poem and MacNeice is a favourite poet. His radio plays and programmes on the BBC should be rebroadcasted. His political attitude remains honest and has stood the test of time.

my word in your ear

The title – The Sunlight on the Garden – this creates an image in the mind and as soon as you have read the poem an association develops. As the…

I have recently come across two references to this important gentleman. Firstly in a recent fascinating book by his daughter; The Museum Makers by Rachel Morris. (Subtitled A Journey Backwards-from Old Boxes of Dark Family Secrets to a Golden Era of Museums) She writes-

I have on my shelf four volumes of small, neat books called The Greek Anthology – a collection of ancient Greek poems that Guido gave me. I remember at the time thinking that I had been short-changed on the father front. Is this all a girl gets from her father? No paternal love, no wit or amusement, no advice, no inheritance nor money nor food on the table nor shoes on my feet, not even a presence round the house. Just an absence that went on for years where a father ought to be. But somehow I seem to have held on to those books – through student rooms and travels and an itinerant life in my twenties, my possessions piled up on someone else’s floor until I could come back to claim them. And now when I open them I find a poem by Callimachus, Hellenistic poet at the Library of Alexandria, written in the limpid Greek of the time. In forty words he says what I have taken seventy thousand to explain.

In this glorious memoir, part detective story, Rachel Morris describes how she became fascinated by memories elicited by objects. She shows the strength of women in their maternal creativity and how she became involved with major museums including the V &A and the Ashmolean. She describes too the weakness of men like Guido who lived in a world of medieval romanticism but sadly addicted to drink. She also shows how she worked through her own disappointments and discovered her own creativity. I thoroughly recommend this book which has recently come out in paperback.

Secondly, I was recently fortunate enough to find U.A. Fanthorpe’s New and Collected Poems in an Oxfam shop- at a very reasonable price and showing this to a friend he discovered a late poem which is entitled, THIS AND THAT: GUIDO MORRIS AT ST IVES in which Fanthorpe writes-

He was impractical. Ran out of full-stops.
Charged too much, or too little. Didn’t finish.
Lost touch with helpful friends. And drank; and drank.

The painters and potters lost their singular printer.
The Underground took him. Gill sans-serif ogled him, From Barking to Bond Street, Richmond to Rotherhithe,
How the trains lunge, hesitate, shake and stall,
And the faces focus and fade, and are never known.
He served for twenty years, having no choice.

Unique Guido, who cherished the twenty-six

Soldiers of lead which can conquer the world,

Who did the right thing but never got it right;

Interesting and shows why Freud and Schnitzler had besides a nodding acquaintance, a mutual interest in the inner world.

Lovely sketches- some 50 years since I visited but not all has changed!!

Here are some sketches of Orkney, made during a visit earlier this month.

The seascapes and light were magnificent.

These drawings are in two sketchbooks:

Jolene bakery is on the corner of Redchurch Street and Club Row.

This is a lively corner in a street on various edges: on the edge of the City, at the boundary between a new London and an old one, at the intersection of 21st century entrepreneurial culture and 19th century housing projects.

Redchurch Street is just North and West of Brick Lane. There are restaurants, independent clothes designers, hairdressers, and various 21st century businesses I couldn’t identify but categorised in my mind as broadly “creative”. It’s a good place to walk around, and Jolene is a great place to pause for coffee. They close at 3pm, though, so best be quick.

I arrived there at about 1pm today, and sat outside on one of their benches. Here’s the view looking up Club…

my word in your ear

R. S. Thomas was aWelsh poet and Anglican priest; so, it is not surprising that there are religious references. Moses and the ‘burning bush’ was the spectacular interaction where God defined the plan for Moses to lead the Israelites out of…

Beautiful is New York in the morning, most beautiful early Sunday when sirens and wheels sleep, little voices from park trees coo to the Hudson adapting to the ocean

The eight million sleeping Sunday dreamers have not yet shaken off the nightmare of the week. Too late they seek when already shadows embrace the streets, seek the PEOPLE too late, NEW YORK the azure-dreamed fable New York.

I really like the sense of place in this poem of a stranger awaking to a new environment and its fairy tale quality. The word “kollern” apparently can mean goobled up – presumably by the flowing Hudson entering the sea. Derek Mahon and of course, W.H.Auden give voice to similar sensations too. 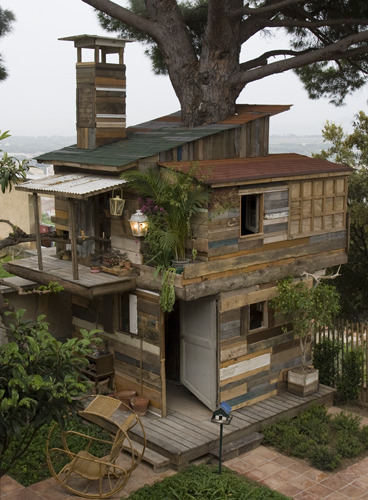