Georgia O’Keefe’s annoyance at the high-handed attitude of Alfred Stieglitz in exhibiting ten of her charcoal abstract works in his gallery alongside other artists’ paintings, without her permission, in May 1916 soon cooled off and maybe Stieglitz decided to make amends by offering Georgia a solo exhibition at his gallery. She agreed and in April 1917 she had her first solo show. It was the final exhibition at Stieglitz’s 291 gallery as shortly afterwards it closed. 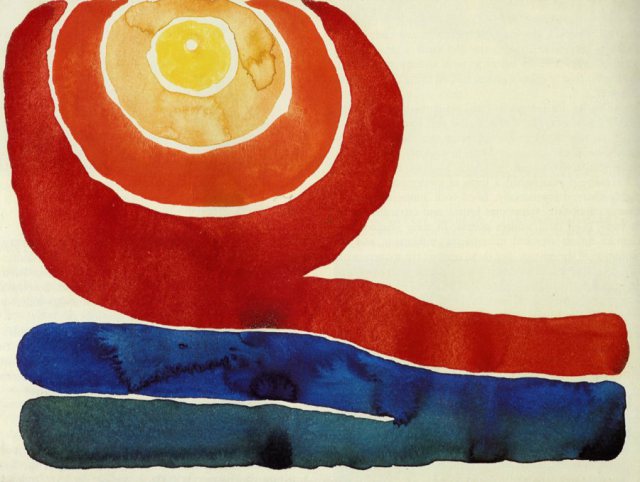 Georgia had initially been completing works in black and white insisting that colour would detract from the work itself. However for this solo exhibition she submitted oil paintings and watercolours which she had been working on whilst living in Texas. As far as the use of colour was concerned she admitted: