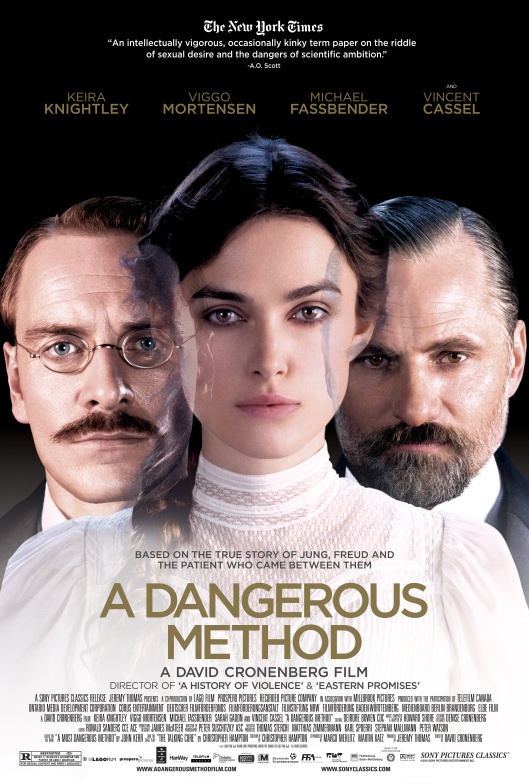 A movie examining the intellectual and professional battle between Carl Jung (Fassbender) and Sigmund Freud (Mortensen) may not be the most obvious choice for David Cronenberg to direct, but there’s long been a psycho-sexual element to his movies that fits in quite easily with Jung and Freud’s combative attitudes about notions of sexual repression (though even they may have balked at some of the ideas Cronenberg came up with during his Seventies output). What emerges though is a movie that concentrates as much on the machinations of the mind as it does on the pleasures of the flesh.

The movie opens in 1902, with the arrival of Sabina Spielrein (Knightley) at the Burghölzli, a psychiatric hospital in Zurich. Sabina displays extreme manic behaviour and contorts her body into uncomfortable positions as an expression of…