Perhaps not unusual that an art critic was an anarchist. The Dining Room painting reminds me a little of Vallatton and the lack of communication of a Pinter or Beckett play.

Over the last few months I have looked at many of the oil and watercolour paintings of Paul Signac (1863-1935), a modern master whose work spans a period of enormous change in art, from Impressionism to Modernism. In this article and its sequel I provide a short survey of some of his major paintings, together with links to each of the articles in that series.

After a promising start painting landscapes in Impressionist style, Signac’s oil paintings made the transition to Georges Seurat’s new Neo-Impressionism in early 1886. 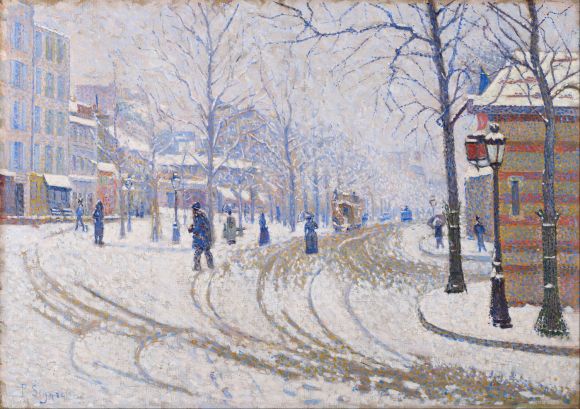 Much of his view ofSnow, Boulevard de Clichy, Paris, from January 1886, is white, but it also features more vivid colours in Divisionist passages such as…