The current exhibition at the Belgrave Gallery at 22 Fore Street in St Ives is one of the most interesting, vibrant and cheerful displays on the scene in this early part of the year. It chimes in well with the recent display of Patrick Heron which was recently shown at the Tate(St Ives) and the current selection of Roger Hilton’s work by Rose Hilton at the Newlyn Gallery.

As soon as you enter the gallery, you are confronted by the large, dynamic  and assertive Acrylic on board; 91.5 x 61 cms Self Portrait (Red Jacket And Blue Shirt) 1979. Sven has portrayed himself, white- haired and bearded and sun-tanned, nonchalantly and flamboyantly holding a paintbrush loaded with scarlet paint with the poise of an aristocrat with a cigarette holder. Indeed, Berlin comes across as some kind of feral aristocrat who holds to a belief in himself  and expressionist panache. At first this can seem self-indulgent, even self-obsessed but by the time you have viewed all these drawings, canvases and sculptures the sheer zest and enthusiasm of the work is both charming and cheering.

The fact of the matter is that Berlin worked assiduously over a long period and maintained integrity to his own conception of artistic inspiration. From the stories that the local community tell it is clear that he fitted into the general idea of what an artist ought to be. He cut a figure and his general demeanour corresponded to the stereotype of a lonely and romantic artist. He appears in the popular imagination as a figure somewhere between Caspar David Fredrich, a wanderer above the sea at Porthgwidden and Anthony Powell’s X Trapnel (Julian Maclaren-Ross).

Two further points are worth remarking. Berlin was a considerable writer as well as an artist possibly comparable with Wyndham Lewis in this respect. Secondly, he was also a war artist and made drawings of the D-Day landings and this and his earlier work have been collected in Hampshire and are of considerable interest. In any event this is an excellent exhibition and will repay the effort of making a visit.

Ricky Gervais has effectively realised how amusing creatures can appear in his show Animals and with his book Flanimals. The exhibition currently at the Natural History Museum is entitled “Sexual Nature” and John Walsh in today’s Independent (11th Feb 2011) has penned a wry article entitled, “The male snail who likes to give his lady a prod”. This does not refer to some electronic gesture on some sort of zoological Facebook but must have evolved over a very long period of time. Although farce may be swiftly delivered Walsh ponders what he refers to as the “…tenacious Venezuelan Weevil which can maintain the same sexual position for 35 years; and the humble Roman snail, which, in its protracted 20-hour courtship ritual produces little love darts…” The process is aimed at his female partner who must find little opportunity, unfortunately, for comic relief.

‘Comic relief’ appears to have first been used to refer to the cheerful break in a serious work like the Porter’s speech in Macbeth. Dr Johnson praised Shakespeare for such contrasts. This is expounded in the rather jolly, “Exit, pursued by a bear” by Louise Mc Connell who pronounces that Comedy is “amusing and has a happy resolution…. and…. includes words of satire and burlesque”

Originating in Ancient Greece from amongst the revels of wine, fruit and music the production of comedy was later taken forward by the Latin dramatists. The first major figure was Titus Maccus Plautus (254-184 BC) who was born in Sarsina in Umbria. (http://en.wikipedia.org/wiki/Roman_Umbria) He worked as a stage-carpenter and later wrote plays in the breaks between the heavy labours in a flour mill. Some 130 plays were attributed to Plautus of which some 20 have survived. They were adapted from Athenian comedies of the C4th and C3rd BC. They concern knavish slaves, gullible fathers and licentious captains. Interestingly, the dialogue (diverbium) occupied only about a third of Plautus’ plays; two-thirds were the musical pieces (cantica), thus making them early precursors of the modern musical. The iambics notably contained much local dialect which was less varied in the verse form than in the portions that were sung.

The less prolific but more stylish dramatist Terence (195-159 BC) was born in Carthage and hauled as a slave into Rome. He lacked Plautus’s taste for burlesque and rough brutishness. Only one writer of tragedy, Seneca the Younger (4bc-65AD) whose works drew on the Greeks, had much influence on later drama. More information, if you have time is of course at http://en.wikipedia.org/wiki/Roman_comedy. 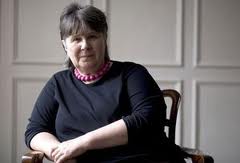 This lively collection of essays and poetry was produced for Oxfam, introduced by Susan Hill,it also contains some most interesting drawings following the chapter by David Piper who was director of the Fitzwilliam Museum and fellow of Christ’s College, Cambridge (1967-1973), and first director of the Ashmolean Museum (1973-1985). Other contributors, include Margaret Drabble, Michael Holroyd, P J Kavanagh and Ian McKellen. The latter with feeling writes about his experience of playing Aufidius in Corialanus under the expert and instructive direction of Tyrone Guthrie. This compilation is a splendid read. John Carey has written a charming chapter entitled Mr Perry, who was a Metropolitan Water Inspector on the reservoir at Chiswick. An atmospheric piece written about Carey’s childhood, it conveys how places and persons disappear under the ravages of time. There are several intriguing portraits of schoolmasters and academics and Susan Hill writes a piece about maternal recognition, about her daughter Jessica.Derek Mahon writes a restrained. elegant poem about the previously motorbiking character in An Old Lady now just sits and watches. This can be found at http://archiver.rootsweb.ancestry.com/th/read/IrelandGenWeb/2002-10/1035963794. Susan Hill has been much in the news since “The Woman in Black” was adapted for independent television in1989. (http://en.wikipedia.org/wiki/The_Woman_in_Black) The book, written in 1983 is currently being filmed by Hammer and Alliance Films; apparently this was to be done in 3d, an aspiration now reduced to the usual format. Hill is married to Stanley Wells, the distinguished Shakespearean scholar. Her initial aspirations for the original thriller are recorded at http://www.susan-hill.com/index.php?option=com_content&view=article&id=56&Itemid=52 where she states, “I wrote the book in 6 weeks during one summer holiday, every morning while my 5 year old daughter was looked after by a 20 year old medical student, who gave her a wonderful time. It was typed up for me by the student’s sister, then doing a secretarial course but as she couldn`t read my writing, I dictated it onto a tape and she started taking it down. But after a short time, she could only do it if someone else was in the house – she found it just too frightening to work on alone. A good sign if ever there was one !”

Her latest novel is “A Kind Man” and has just had a generally sympathetic review by Sarah Curtis in the TLS. “Howard’s End is on the landing:  A year of reading from home” which came out as a paperback last year is said to be “Conversational and brisk, intimate, insightful and authoritative”. More information on Susan Hill can be found at http://www.contemporarywriters.com/authors/?p=auth192#criticalperspective

The following poem I found rather appealing:-

Here is a man who served his generals faithfully

and over the years had everything shot away

starting from the feet and working upwards:

In the end he was just a rusting helmet

on the lip of a trench. Then his chin-strap went.

So he became a sort of miraculous stone,

miraculous, not just for the fine varnish

which shows every colour right to the depths

but for the fact that it can move. You see?

Four legs and a head and off he goes.

There’s only one place to find the future now –

right under his nose-and no question either

all snow their flowers around him constantly

and all in their different ways are so delicious.

It explains why there is no reason to hurry.

The breeze blows, the blossoms fall, and the head

shambles in and out as the mouth munches:

Life is not difficult any more, oh no; life is simple.

The military metaphors in the first stanza are interesting and despite the armoured protection of the shell,”Then his chin-strap went” adds a sudden vulnerability or loss of protection.This is followed by the pellucid, lapidary quality reflected in the second stanza; limpid colourful and serene. The halting movement calls up motion! It also arguably, suggestive of ageing and seclusion in retirement.

The sixth line in each stanza consists of a staccato of five or six syllables. This seems an effective device and the snowing flowers cascading down adds a new direction and adds to the impression of acceptance, albeit reluctant. An exotic atmosphere is invoked; an elegant japonaiserie appealing  headily to the senses. But here the  remorseless shambling recalls a mutilé de guerre. Hesitation and thoughtfulness mingle with reflection and yet communicates beauty in survival. An effective poem-what do you think?

This is an excellent introduction to the plays that Shakespeare wrote in this very productive year. The fascinating account begins with a description of the theatre moving down from Shoreditch to the Southbank and its subsequent reconstruction. There is a useful summary of some of the leading actors among the Chamberlain’s Men.

There is a linkage between the major incidents of the times such as; Elizabeth’s Court, another possible invasion from another Armada and the troubles in Ireland including the attempts of Essex to deal with the situation. (It would be good to re-read Elisabeth and Essex by Lytton Strachey to consider how his account differs.)

Shapiro is also excellent on the individual plays and ther connections with the period. How As You Like It is informed by the destruction of the forests like Arden-linked by name to the Ardennes. The effect of the enclosures and rural poverty are considered which of course comes up again in Coriolanus. The evolution of Hamlet is connected with the development of Brutus in Julius Caesar. Also there is much of interest about the development of the soliloquies under the influence of the Essay form from Montaigne but moderated by early English essayists. A compelling read and for further reviews there are:-  http://www.guardian.co.uk/books/2005/jun/04/classics.highereducation and http://www.spectator.co.uk/books/21451/part_2/in-the-shadow-of-the-queen.thtml

In the wind and the rain on Sunday we made our way across to the Morvah Schoolhouse Gallery.The current exhibition finishes last week to be followed by a new display from this Thursday,13th Jan. It is a  Mixed Exhibition of Printmaking, Paintings & Drawings by John Krcma, Sally Krcma, Jane Townsend, Roger Wilson.

The atmosphere is always very impressive;there is a large picture window giving a view of the expanse of fields and on a clear day you can see vessels in the distance making their way up the Channel. As the exhibition was about to close there were fewer items on display but looked great in the afternoon light.

There was a smell of tomato and basil soup from downstairs where the cosy little café and friendly, helpful staff are located. A great place to unwind and take a pleasant break!

My Father’s Fortune: A Life

I am currently greatly enjoying reading this memoir;it is engaging, moving ,insightful and altogether a thoroughly good read. People might well want to know where they can read reviews of books such quality. I would strongly recommend The Bookbag