Koloman Moser (1868 – 1918) was an Austrian artist who exerted considerable influence on graphic art and many the most important artists of the Viennese secession. In the early 1890s he began to develop a highly innovative and individualistic Art Nouveau style, while working as an illustrator. He designed books, postcards, stamps, vignettes for magazines, stained glass, porcelain, ceramics andjewellery, etc. He was born in Vienna and studied at the Vienna Academy and at the School of Applied Arts, where he taught from 1899. As co-founder of the secession of Vienna, he joined Gustav KLIMT, Josef Hoffmann, and others, to establish a new form of art, moving far away from the academy. He was editor of the newspaper Ver Sacrum, and graphic designer for several years. In journalism he covered art and literature. In 1905, together with Gustav Klimt’s group, he separated from the secession of Vienna. The same year it married Editha Mautner von Markhof, daughter of one of the owners of one the large industrial fortunes of Austria. It will be noted that his work was heavily influenced by the Swiss painter,Ferdinand Hodler: who also ifluenced Gerstl and Giacometti.en.wikipedia.org/wiki/Ferdinand_Hodler 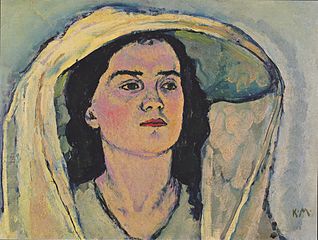 I love your writing style genuinely enjoying this website .