Perusing the London Illustrated News from early 1933, is to immerse oneself in a world which seems remote from our own yet the events shape our modern attitudes. The Empire appears secure with photographs of Imperial India, the Viceroy and his family surrounded by flunkies. Trouble is afoot in Moscow where staff from the British Embassy have been arrested and there are sketches of the process of interrogation where the accused stands and the commissar slouches at his desk. There are photographs of new pontoons in Venice, new aircraft -flying boats with generous accommodation and strange giro-copters whose instability proves as unsurprising as their appearance. Compared with the same publication twenty years before there are regular pages on the “kinema” and engravings are no longer to be seen. Platinum blondes are much in vogue as the photographs of beauty queens clearly portray and the permanent wave has arrived everywhere. The photographs of the rise of the Nazis and their integration with members of the German ruling class made more and more obvious. Marches stream through Potsdam and already in New York 20 000 people assemble and crowd in a square to protest at the persecution of Jews. Street signs are being changed near the Tiergarten in Berlin to celebrate the German “victory” at Jutland.

The desperate state of the unemployed and the slum conditions in South London are a constant theme. A conference on the world depression is held with representatives from 66 countries is held in London at the Geology museum then in Jermyn Street- https://en.wikipedia.org/wiki/London_Economic_Conference. It will be torpedoed by the American President-the dispute relates to the exchange rates between the dollar and other currencies. This all bespeaks a world portrayed by the artist George Grosz whose sketchbooks can be seen at the V and A just across from the Natural History Museum, where the Geological museum now resides. However, the Illustrated News had its own artists and illustrators who like Grosz captured the atmosphere of the times.

Prominent on these pages is the work of Steven Spurrier RA (13 July 1878 – 11 March 1961) whose work may be glimpsed at the Tate. He was educated at Heatherley’s, an independent Art School off Baker Street which specialised in portraiture. https://en.wikipedia.org/wiki/Heatherley_School_of_Fine_Art 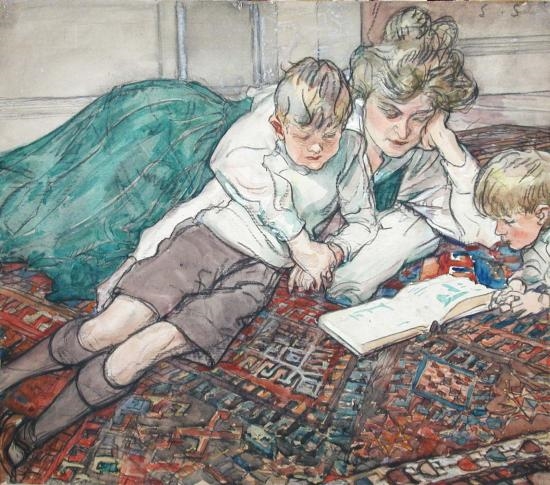 The next artist whose work proliferates on the pages in 1933 was a brilliant caricaturist and lithographer whoc came from the Channel Isles. He has been called the English Daumier and at the age of 19 was employed by the Daily Chronicle – this was Edmund Blampied (30 March 1886 – 26 August 1966). Blampied was particularly fine at depicting the social conditions at this period of poverty and dire exigence. https://en.wikipedia.org/wiki/Edmund_Blampied Ink and sepia wash being particularly suited to this subject. There is an interesting interview with Blampied at https://www.theislandwiki.org/index.php/Edmund_Blampied_-_an_interview 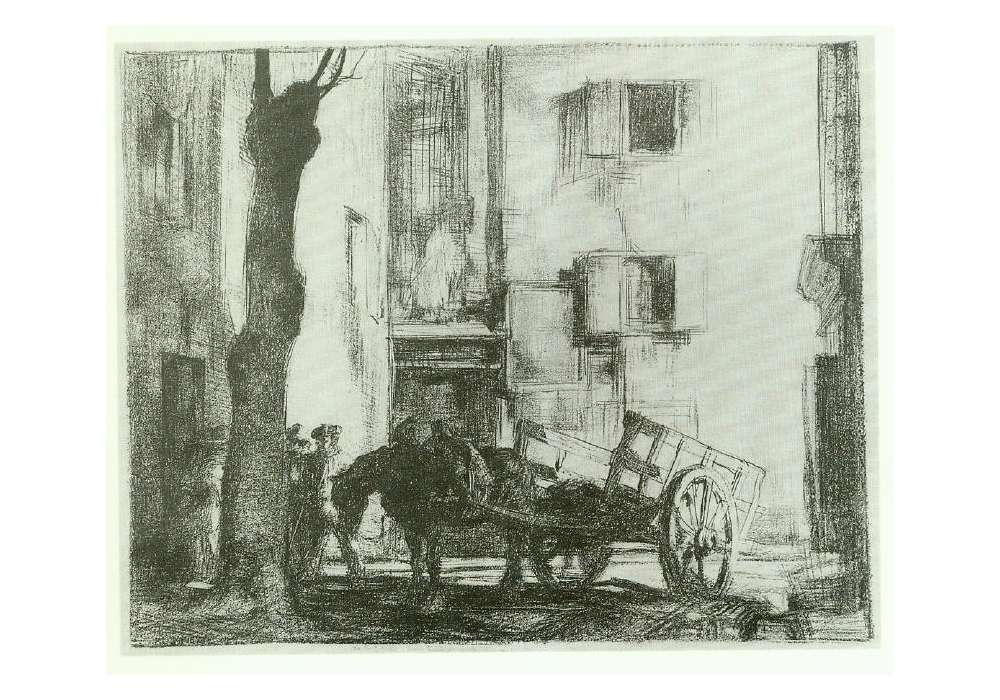 The third artist who worked for the London Illustrated News and made sketches at the London Economic Conference was Werner Knoth(1895-1981)  who was a trained businessman and a draftsman, at first self-taught, then studied from 1934 to 1938 in Paris. He was an art dealer in Spain, later a press artist in Hamburg and exhibition organizer. During the Second World War he was taken prisoner of war; his works were destroyed in the bombing. Returning to Hamburg, he drew portraits, theatre and opera sketches. A German citizen employed by the Illustrated News in 1933 and educated at https://de.wikipedia.org/wiki/Hochschule_f%C3%BCr_bildende_K%C3%BCnste_Hamburg 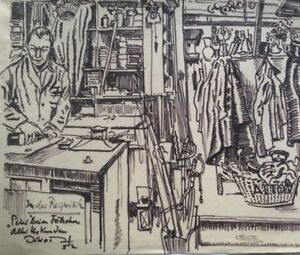 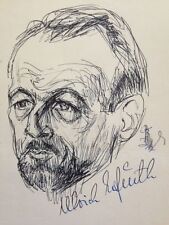 The portrait on the right is of Ulrich Erfurth (1910–1986) who was a German film director.