Interesting. I have been looking at a clip on Attatchment No.8 on YouTube (Berlin Psychoanalytic Institute) and also the clip from there on Narcissism. There are some notable similarities worth consideration.

Research into emotion processing in autistic people has mainly focused on how they understand others’ emotions. A more limited body of work into how autistic people process their own emotions has, however, suggested difficulties identifying and describing emotional experiences, and distinguishing between emotional states. The latter is potentially important, as it is associated with negative outcomes such as anxiety, depression, and self-injurious behavior, all of which have been suggested to occur more frequently in autism than in the general population.

So far, studies of emotion differentiation in autism have tended to use language-based tasks. But now, a team led by Eleanor Palser from the University of California San Francisco has reported the first study looking at how autistic children map out where they feel emotions in their body. The team finds that compared to non-autistic children, the bodily emotion maps of autistic children are more…

Useful and very interesting advice. Thanks for the posting.

Anxiety is a bitch. And the beliefs behind it are even worse. When people struggle with Generalized Anxiety or Obsessive Compulsive Disorder, they get trapped in “the what-ifs.” What if I have cancer? What if I’ll never get married? What if my parents never return? What if I’ll never feel good about myself? In the context of an often cruel universe, “the what-ifs” don’t seem so absurd. In its more benign form, life will leave us trapped in our ruminations. But, in its more malevolent one, they’ll actually come to pass. Existentially speaking, we can never know for sure that we’ll be safe.

I teach my clients critical thinking in the form of the cognitive thought record to help them better manage the fear of uncertainty and, worse, their pessimistic thinking. I try to tell them that they don’t need to trust themselves as long as they can trust the…

Sounds both informative and particularly pertinent just at this difficult time. Thanks for posting. 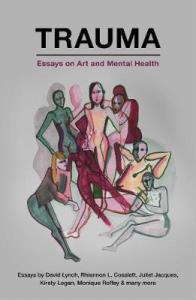 Trauma is an anthology of thirty-two essays by contemporary writers, sharing with remarkable frankness their experience of mental illness caused by, and sometimes causing trauma.  Some of the writers have experienced physical, sexual and emotional abuse; others have lived with drug and/or alcohol addiction.  Their illnesses have been diagnosed (and sometimes misdiagnosed) as depression; schizophrenia, bipolar disorder, gender dysphoria and insomnia.  All of them are survivors, and art of one kind or another has been intrinsic to their sense of having a future.

The book is not one that can be read in a sustained way.  I’ve read it over successive afternoons, just one or sometimes two essays at a time.  It takes time to reflect on, and absorb the story that the contributors have to tell.  Some stand out more than others: I mentioned ‘We Awful, Awful’ by Ian Boutlon in my review of The Morbids because it had…

Kupka is a strange and interesting artist.Superb colours!

At Sunnyside - Where Truth and Beauty Meet 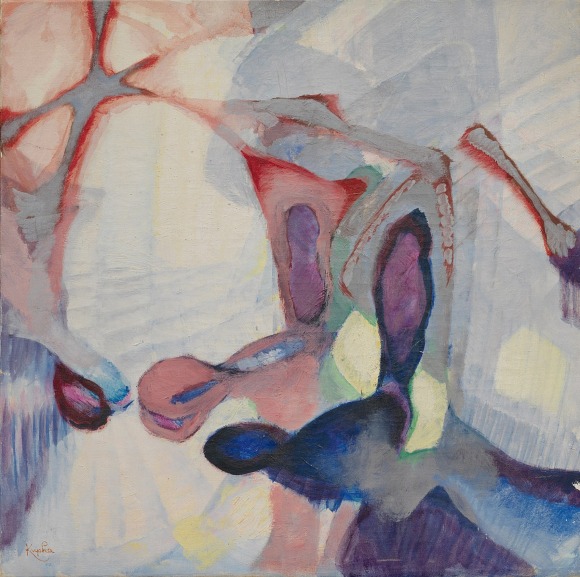 These are beautifully pellucid paintings- evocative in their delicacy.

At Sunnyside - Where Truth and Beauty Meet

Who Is Gustave Loiseau?

Gustave Loiseau (3 October 1865–10 October 1935) was a French Post-Impressionist painter, remembered above all for his landscapes and scenes of Paris streets. [1]Wikipedia

Loiseau and the Coasts of Normandy

Born in Paris in 1865, Gustave Loiseau, like many of the Impressionist painters, found inspiration in the coast of Normandy. InFalaises de Saint-Jouin, Loiseau eliminates almost every sign of human presence, choosing instead to focus on nature itself.The composition is anchored by the dramatic cliffs on the right, and framed by a wide expanse of sea and sky.

Perhaps it exists only in the imagination. I remember visiting the Cafe Central in Vienna with its wide variety of journals and literary magazines, gorgeous variety of coffees and its habitués. Mostly tourists when I visited but there were the ghosts of writers and revolutionists from Krauss to Trotsky. Then naturally the confectionary of all types and colours. Not quite Penzance but in its many transformations at lest one or two establishments have provided an atmosphere conducive to reading, talking and day-dreaming. The creative aspect of the latter sometimes under-rated.

In my youth it was a pasty on the beach with a towel before large bath towels were in vogue. Before we began to worry about the depletion of the ozone layer and the St Ives Times and Echo would boast about the town’s high monthly U.V Index statistics.

Sweet pastries filled the mouths
of those who sat beside us
and stayed for a while.

How the hours went by,
people just passing through
The descending sun ending
a forever with you.

The décor seems to change frequently. Decorators and interior designers must make considerable profit with properties so frquently changing hands. Different styles come into vogue, multiple mixes of gin followed by martinis with names as hot and suggestive to suit. The patrons change as does the topics loudly conversed. The rate of change changes until suddenly they become silent, empty and inaccessible. No more ladies who lunch with sleeping babies in stylish prams.

Their salads come and their forks they deploy
you can tell this is a luncheon they will enjoy.

They catch up on all the news
Sharing with one another their views.

No gossip here – they are not that type
But occasionally you will hear a gripe.

About a husband , son or some other man
Someone who should be hit over the head with a pan.

Elections come and go and it seems the wrong people get elected over and over. Those who don’t enjoy cafes or approve of culture and provide illusions about taking back control, whose egos are inflated by a sterile nationalism that was out of date at least a hundred years ago.

There are some animals whose presence seems to fit in with the soporific state of the nation. They represent perhaps the affectionate tranquillity which is more English than the butcher’s dogs and greased pigs of the contemporary age.

No painting this week! OK, so I don’t have paper on which to paint but that is no excuse! In fact I have been involved in other admin stuff so didn’t even do any acrylic painting, but that also is not an excuse. It’s probably the pandemic getting me demotivated.

That said, I have started a couple of projects in my journals. One is to paint some marine life to put into a book, no rush but I now have a deadline set for August completion. The other is a personal project which involves documenting details (eg eye, feet, feathers etc) of Hummingbirds and Tanagers to create a reference for when I paint these beautiful birds. Whenever I can get hold of large sheets of watercolour paper I intend to do large-scale portraits of a couple of species and to see how these develop.

The only book that I’ve read which covers this area was Salaman Rushdie’s “Midnight’s Children”. It sounds a curate’s egg- good in parts!

Reading and Watching the World: Books, Film and Art

First published in 2007, Tahmima Anam’s intimate civil war tale A Golden Age won the Commonwealth Writers’ Prize for the Best First Book and was shortlisted for the Costa First Novel Award. The edition I read was published in 2012 as part of the Canongate ‘the Canons‘ list, which is a slightly strange mixture of ‘boundary-breaking’ books that Canongate decided either were already classics in their own right, or deserved to be. I’m not convinced the collection has aged that well, but it’s an audacious idea.

Anam was born in Dhaka, Bangladesh (and now lives in the UK). This, her debut novel, is set in 1971 in East Pakistan, where Rehana Haque, a young widow, is throwing a party. Anam is great on description of food, Rehana is an excellent cook and the feast is described in loving detail. But civil conflict…

Well, perhaps I have had too much time on my hands and a surfeit of Government adverts on Classic F.M. The latter causing my blood pressure to rise despite the compensating soothing by a combination of the symphonies and the smooth and slightly manic A.A. (Alexander Armstrong). Despite the irritations of the lockdown the discovery of the variety of poetry of Christopher Reid. It is the gift that keeps on giving without the unpleasant associations of that phrase. Here is the great man talking about Ted Hughes and Seamus Heaney.

There is something subtle and gentle about this poet that reminds me of the best headmaster that I taught under. He can be amusing, eloquent and engaging even with quite short poems like the following from his Selected Poems published in 2011.

This is interesting and useful too. I’ve been reading about the concept of narcissism and this seems much involved with your writing here. Thanks

“If he/she wanted to he/she would” is the most overused and misguided phrase in consolation. By saying it, the person on the other end attempts to provide his friend with tough-love, to say without saying: You need to move on. It’s akin to the saying: She’s just not that into you. Yet, most of the time, she’s just not that into anyone. But the tough-love crowd doesn’t seem to get it.

Romance has a multitude of barriers: income, self-image, fear of criticism from the prospective partner or one’s circle, fear of abandonment, fear of guilt, lack of sexual chemistry (which may be more internal than external), and so on. Yet, we’re keen on reducing rejection to the last barrier on that list and not only that, but to the version of sexual chemistry which implies that you just aren’t doing it for her/him. As you can imagine, this version of…