Rose Zimmer, a feisty American communist radical, takes on many good and great causes. These include everything from feminism and racism to the changing course of Stalinism in the American C.P. but most of all; her biggest causes are the people around her. The effects upon them are diverse and devastating. She often propels them to success but at the same time they feel battered and must escape in order according to their own needs. Her affections are real but invasive. Rose keeps a shrine to Abraham Lincoln. Rose’s self-assertion within the perimeters of the German-designed 20th Century New York suburb of Queens, a multi-cultural suburb and a planned housing development similar to Hampstead Garden City provide the setting for Jonathan Lethem’s Tour de Force.

Reading Dissident Gardens is rather like taking a plane to New York and perhaps linked into a time-machine to peruse 80 years of political tensions that stress three generations. Lethem, who trained as an artist, is quite superb at visually rendering the city brown brick tenements, elevated railways, grand bridges and squares and together with their uses. Some of the latter, for instance, under the influence of socially concerned denizens like Rose, have been commandeered into communal gardens. Additionally, you even get a taste of the food from iced bear-claws, milkshakes and salt-beef sandwiches. His ear is at least as strong as his eye and the salty, saucy language carries the vigorous impact of Italian, Irish, Hispanic and Yiddish all gemischt. The reader will benefit from access to a good dictionary of urban slang to navigate this environment as much as his or her GPS so as not to lose your way in this city jungle.

As with a city break, the most interesting aspect of any visit is meeting the locals. Here Lethem provides panoply of fabulous characters. His technique is such that you he reveals not just the stream of consciousness but also the fractured and sometimes damaged nature of their sudden preoccupations. There is Cicero Lookins, the brilliant, angry, black, gay and overweight college lecturer. He has the dubious privilege of becoming Ross’s protégé and carries the burden of growing up the son of a nurse who is suffering from chronic lupus and a conventional heroic policeman from the NYPD who has become Rose’s lover. Cicero is a volatile mixture of intelligence, cynicism and compulsive sexuality. His lecturing style challenges the young and indolent yawning student audience that attend his social philosophy lectures. He is reading Robert Musil’s grand scarcely completed novel, The Man Without Qualities. He has become imprisoned by his own psychological defences and just how this developed is lucidly, believably and eloquently explained with a certain ironic sympathy.

Each chapter can almost be taken as a story within itself. This is a satisfying approach as there is little in the way of a page-turning narrative to speed the story forward. Indeed, this is a novel that casts light upon what has happened in previous chapters as well as links with other persons. It jumps around and resonates in time. This backward linking is intriguing in itself and gradually makes the relationships between the characters memorable. Dissident Gardens is not always easy to read but the detail, texture and breadth of the writing weaves a brisk believable magic as the story progresses. Idealism is often exposed in its naivety in this novel. The characters, as in real life, are often deeply wounded by losses but remain authentic in their striving.

This is a novel which spreads itself over the globe whilst embracing wide belief systems. Nicaraguan armed resistance, passive resistance, the Occupy movement, East German authoritarian Marxism are but a few of the topics encompassed. However, this is not in the usual sense a novel of ideas. It is critical of grand narratives in a manner that the renowned American pragmatic philosopher, Richard Rorty might have approved. It is the individual enclosed within the fascinating psycho-geography of New York that keeps the reader interested. For instance, there is Rose’s daughter who cannot possibly meet her mother’s expectations. Miriam Zimmer survives her mother’s physical attack and seeks an alternative belief within Hippie Greenwich Village of the 1960s. She is pursued by her hustler cousin Lenny whose interests also include chess and numismatics. She falls for an Irish protest singer who is attracted by prospects of living in a commune and attending meetings with the Society of Friends. However, in certain ways Miriam cannot easily escape her mother or her authoritarian distant father.

Reading about Lethem’s writing methods- said to be on an exercise machine using a voice operated word processor- accounts for the energy of the writing. The style is sometimes abrasive but also beguiling. This novel can be described as both tragic and comic. Tragic in the sense that the characters often seem isolated and comic because the reader will recognise some of his own impulses and be encouraged to laugh at them. I am left reminded by the words of a song from the musical Hair: – “Do you only care about the bleeding crowd? How about a needing friend? I need a friend” If there is a message from this novel, it is about our need for human closeness and how the grand systems we erect prevent us getting in touch with each other.

Up until August 1914, The Cornishman and the St Ives Weekly Report contain many detailed reports from abroad. These include the Cornish in America, Canada, South Africa. Many Cornish people travelling to the States will have responded to the large adverts in the Cornishman for the famous hotel in New York https://ephemeralnewyork.wordpress.com/tag/hotel-cornish-arms/

Without doubt, however, the greatest concern appears to be about Nationalist Rebellions in Ireland.http://www.bbc.co.uk/history/british/britain_wwone/ireland_wwone_01.shtml  The only reference to the possibility of  an outbreak of war- reading between the lines- concerns the speeches in support of building more dreadnoughts. Money appeared to be of no real concern  to the advocates of building more battleships.

When war broke out many fishermen in St Ives were immediately affected and the effect on many of them, their families and the price of fish was very soon to follow. Many were called up within hours and summoned as members of the Royal Naval Reserve to Davenport and had to leave by train for that destination. A newspaper report states that when addressed by Mr Stephen Reynolds, Inspector for the Board of Agriculture and Fisheries, he was told that some 160 fisherman were on active service with about the same numbers of families affected. Two-thirds of the summer Herring Fleet were laid up and the price of fish and particularly Crayfish that would otherwise have fetched a fine price in Paris were catastrophically affected.

The details of this call=up are very moving since we only have to turn to the next couple of weeks to learn how many will have been aboard ships which sank or been caught in the first defeat later at Mons. The accounts of farewells said above the peaceful beaches and the brass bands playing can still be imagined by anyone walking out of the town. There is a strange mixture of fear and jingoism apparent in the newspapers. There were worries about the supply of wheat which caused fears about  starvation; there were food riots in Camborne. Other articles show a concern about possibilities of aerial attack from Zeppelins and tables showing their limited range were the subject of articles in the press. 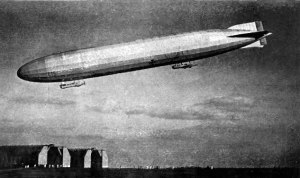