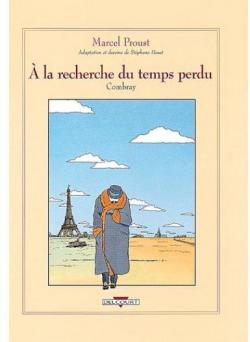 In Troilus and Cressida, Shakespeare wrote,” Time hath, my lord, a wallet at his back, wherin he puts alms for oblivion”. This fully accords with the discoveries of modern brain science. Proust in his famous novel, ‘’In Search of Lost Time’’ anticipates such discoveries by neuroscientists, such as Rachel Hertz, that smell and taste are the only senses that connect directly to the hippocampus. Thus the taste of a petit madeleine evokes a rediscovery by Proust of Combray and a flow of associations- it is the part of the brain in which long term memory is centred. Lehrer in ‘’ Proust was a Neuroscientist’’ weaves an intriguing argument about the relationship between recent neuroscientific discoveries and the novels of George Eliot, Gertrude Stein and Virginia Woolf. A scientist, who has researched with Nobel Prize-winning, Eric Kandel, has a taste for philosophy; Lehrer intends to heal the rift between what C.P.Snow termed the ‘Two Cultures’. He wishes to accord respect to the truths and the intuitive discoveries, especially of modernist writers and painters.

‘’Proust was a Neuroscientist’’ illustrates how researchers have, for instance, located those receptors that are responsible for discerning new tastes and smells. In an interesting and amusing chapter, Lehrer explains how the latter discerning receptors take up a huge amount of DNA-about 3 per cent of the human genome. The nose contains at least 350 receptor types. Millisecond pulses have been detected in fruit flies have been doctored with fluorescent proteins which flash when an odour impinges. Scientists have studied the resulting flashes under high powered microscopes and mapped the resulting patterns as neon flashes in the fly brain. This is part of the melange contained in a light-hearted chapter about the French gastronomic chef, Auguste Escoffier, who created culinary symphonies by means of glutamate laden veal stock sauces that so delighted the Parisian haute bourgeoisie in the Hotel César Ritz.

In classical philosophy there exists the Hericalitean concept of the flux, a neo-Platonist view concerning chaos. This has certain parallels in the research by Kimura concerning random changes in DNA. Further discoveries by Elowitz on colourful bacteria in 2002 and fruit flies suggest that their variation is due to random atomic jostling. Jonah Lehrer quotes further research by Gage on junk genes that have the wonderful name of ‘’retrotransposons’’. Essentially this shows how individual diversity is created in line with evolutionary logic. These findings along with others on neural plasticity appear to accord with George Eliot’s belief, as exemplified by her treatment of character, that people have free will and this inspires her to produce a rich text such as ‘’Middlemarch’’, exemplifies this. A text which itself is open to alternative personal interpretations.

The chapter on Cezanne plunges into perception beyond impressionism; how the brain engages in an imaginative act when structuring forms out of ambiguous brushstrokes. The development of photography pushed Cezanne’s investigations in a new direction –with new postimpressionist studies he was attempting to figure how the mind creates the sense of external reality. In effect, Lehrer argues that this corresponds to how the conscious brain is involved in structuring the impressions which arrive onto the layers of the cortex. This part recently has been discovered to be sensitive to contrast and stripes. Thus Cezanne engages the viewer in a challenging and more ultimately satisfying process. From the abstract impasto, fresh to each viewer, the reality of adamantine structures emerges as Mont St Victoire or succulent green apples. Then, the reader is treated to an interesting coda on the clash between Zola’s naturalistic writing and Cezanne’s reaction to it when the latter finds himself, previously a close friend, reduced to an unflattering characterised in a novel as an unstable and wild artist.

‘’Proust was a Neuroscientist’’ teems with ideas and makes demands upon the reader tying together unfamiliar themes in a manner which finds a parallel in the author’s treatment of the music of Stravinsky. Yet it is mostly very clear in its exposition of complex physiology, although a glossary might have been usefully employed for physiological structures. Lehrer writes from a tradition which includes William James, and of course his brother, the esteemed novelist Henry. Pluralism and pragmatism, Rorty and Wittgenstein are all positively appraised. Dissecting self-awareness, as in his chapter on Virginia Woolf has harrowing aspects, however, two factors make this a thoroughly engaging read; it’s energetic pace and its provocative style. For instance, Lehrer doesn’t mention that Woolf was a victim of child abuse and this will have deeply traumatised her lonely sense of herself. However, being moved to sometimes argue with an exposition does not make it any the less valuable experience.

There is a growing interest; it would seem in both Proust and in neuroscience. In Nicholas Carr’s ‘’The Shadow lands’’, he poses the question whether new internet technology etc. and how it actually changes the brain. Merzenich and Kandel have both emphasised the plasticity of the organ. As we get more adept at scanning and highlighting in the new media, we are also damaging our ability to read, concentrate and thoughtfully reflect. The implication for child development adds to such concerns, as Maryanne Wolf has pointed out in ‘’Proust and the Squid: The Story and Science of the Reading Brain’’. This being an investigation into word poverty and dyslexia; learning literacy for which there seems to be little in built genetic planning. Hence, this short and accessible book of Jonah Lehrer is a valuable contribution to this debate and the fascinating discussion about how truth is variously constructed and validated in science and in literature.