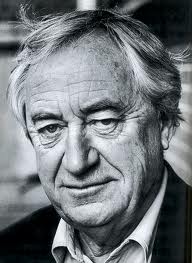 “Whoever controls Berlin controls Germany and whoever controls Germany controls Europe” is a remark which attributed to Lenin. Until November 1989, the Berlin Wall, Die Berliner Mauer, bisected the historic city and divided its citizens from each other. Berlin was occupied, militarised and yet its people carried on with their daily lives amongst the ruins. Cees Nooteboom, a distinguished Dutch travel writer personally knew well something of the devastation of the past. He is old enough to have experienced, and at impressionable age, the Nazi Blitzkreig and occupation of Holland. A sensitive and susceptible person, he meditates upon the various strata of meaning, history, heroism and time itself. The result is a prose poem on a unique city that is condemned to be constantly developing, becoming rather than just being. As the art critic, Karl Scheffler, perceived in 1910, “Berlin ist eine Stadt, verdammt dazu, ewig zu werden, niemals zu sein”

Nooteboom’s account starts in 1963, progressing through the events surrounding the fall of the Wall at the end of 1989, and finishing with a reassessment of the situation today. The text is liberally interspersed with black and white photographs. This evocative structure is somewhat reminiscent of the writings of W.G.Sebald with whom he shares an interest in nostalgia, memory and the past. Roads to Berlin is more than a travelogue, although he visits many German cities. A central concern is his response, as an onlooker to the tectonic political changes which resulted from the Velvet Revolution. Under continuous surveillance the author describes his feelings about driving along the autobahn through East Germany to reach the city. He captures the drabness of the surroundings and the tense atmosphere beside the wintry waters of the River Spree and the lonely bridges where escapees were fired upon. These call to mind Pinter’s film The Quiller Memorandum (1966), suppressed violence, the doleful constant scrutiny of the border guards of Ulbricht’s republic.

In 1989, returning to his lonely flat in the Western sector, close to the Wall, Nooteboom contemplates on television the start of the thaw. The broadcast comes from the tall aerial towering over the populace on the East. He studies the numbing images of political assemblies where a retinue of faceless men, the Politburo, shuffle behind the ailing Erich Honecker. Light falls on Gorbacev’s face whilst he delivers an official kiss to the GDR leader, everyone in the audience too are watching, struggling to understand what is about to happen. There are seismic changes elsewhere as thousands of East Germans are allowed to pass out of Hungary into Austria. Then Dubcek reappears with Havel on a balcony above Wenceslas Square in Prague and indicating that the whole edifice has collapsed. Nooteboom emerges from his flat and joins the celebrations in the Potsdamer Platz and crosses through the checkpoint, which is still occupied by uneasy guards as numerous Trebants travel west, he strolls  down the Unter den Linden above which a platform totters that barely supports people rejoicing. He also manages to attend galleries, plays and poetry recitals. These political changes are intermingled in his thoughts as he surveys the art and the mixed ironies of the fate of Mitteleuropa in an exhibition at the Walter Gropius Bau.

Nooteboom’s discursive approach is interesting and often reads as an eloquent memoir or diary. In places, because of his considerable interest in architecture, sculptures and ruins he sounds like a modern day Gibbon. The author of “Decline and Fall” has written of how he decided to embark on that great work as he mused amongst the ruins of the Capitol while barefoot friars were intoning Vespers. Nooteboom, brought up as a Catholic is sensitive to the chimes of the Angelus and writes evocatively about the empty dilapidated rally grounds at Nuremberg and discerns, “One voice screaming………, and all those ancient voices screaming back, an ancient chorus with a limited script.” He ventures to the Tuetoburg Forest, refreshed with Christmas Glühwein where he seeks out the towering statue of Hermann towering above his gigantic pedestal. The traveller, no mean historian, takes to task the mad classicist who erroneously named Hermann. He was in fact Armenius, who wiped out three Roman legions in A.D. 9 led by the wimpish Publius Varius.

Cees Nooteboom’s work, which includes fiction, has been widely acclaimed and he has received numerous awards on the continent and whispered for a possible Nobel Prize. His discursive style demonstrates an erudite knowledge of cultural and philosophical references. Ranging from Goethe, von Moltke and Bismark to that controversial figure Heidegger he assumes considerable background knowledge. He does, however provide a useful glossary of writers and politicians. This cannot have been an easy book for Laura Watkinson to translate and as she commented recently,” I am translating a Dutch book about Germany, sitting at a computer in Berlin, turning Dutch words about Germany into English words about Germany. “The resulting text is demanding, thorough and quite invaluable to those who want the opportunity to inform themselves before contemplating what the future holds Central and Eastern Europe. Doubtless, this too has considerable bearing on our own lives.

Further details on following Nooteboom around Berlin at http://www.laurawatkinson.com/tag/cees-nooteboom/

He talks about another collection, discusses his new short story collection, The Foxes Come At Night, at http://www.youtube.com/watch?v=_0RGFEfA8PA